Do you have scares on the top of your ears? Did you get strange powers when you turned thirteen? Are you morbidly afraid of spiders? Then you could be an elf! With the young Seven Elven lords stolen from their families as infants. Now the Time has come… The worlds are open for good and for evil to enter… Will the children return or be killed… who will find them first? The Spider King and his minions or the las Who wants to be an Elf? Wayne Thomas Batson and Christopher Hopper make this a nail biting adventure. That will have you wishing you could go there.

They also did a wonderful job with the mixing of two time periods, thousands of years apart.

The characters are extremely well rounded and will make you love them all even Mobius, the chief Drefid. Who Likes Elves? This is a perfect book if you love Elves, and who doesn't.

After the Spider King minions have destroyed the elves kingdom, Berinfell. He had hoped that was the end of the elves but something happened that he had not planed With the Allyran Elves almost non-existent they have but one hope. And that hope is on earth, hidden within billions of people. This is a fun and exciting book for anyone who likes fantasy. There are a few things that I don't like though. Their names are Tommy, Jimmy, and Johnny. So you can see to many 'mmy' and 'nny'. Other then that this is a great book and a lot of fun to read.

Wayne Tomas Batson and Christopher Hopper did a great job. Mar 29, Rachel rated it really liked it. This is a great book. I connected with it quickly and loved the teen elf lords. Love it.

Curse of the Spider King by Wayne Thomas Batson

Nonetheless, when given the sequel by the same friend, it was time to finally pick this one up - and I scarce put it down in the time following. The story quickly encapsulates you, gaining your attention and working your mind to figure out what is going on. For those whose minds work faster than books, perhaps it would not be as mu Like your mom always told you, "Don't judge a book by its cover.

For those whose minds work faster than books, perhaps it would not be as much of a mystery. However, I enjoy limiting my thinking to the information given and seeing the mystery unfold throughout the novel. While there are numerous characters to keep track of, they are mentioned often and from various viewpoints, giving readers a good chance of easily keeping up. Additionally, even though there are various characters, each is still given some level of depth, allowing the reader to get to know them personally instead of merely glancing over a one-leveled name.

As far as content, the novel is very clean. It contains a level of violence and suspense that would make me hesitate to give it to anyone less than 9 or 10 years old. 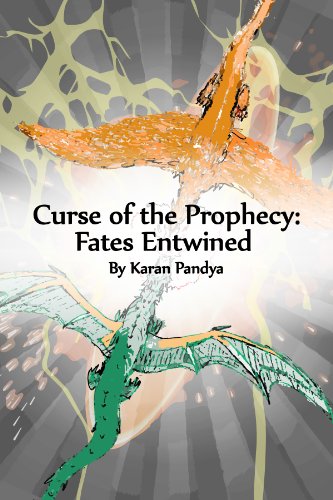 In fact, most elements of the book would probably not be understood by anyone less than 9 anyway. Ideally, I would consider this novel appropriate for content and for comprehension for anyone 12 and up - yes, even adults, so long as you have not lost your sense of wonder and enjoyment. This is not a novel for the boring, but the adventurous and fantastical!

Dec 06, Elizabeth rated it liked it Shelves: scifi-fantasy , young-adult , christian-fiction. I've been reading this with my son as he really enjoys this author. I think I would have enjoyed it more if there hadn't been so much jumping around from kid to kid to kid to kid to kid until they all meet up near the end. I started to forget who the characters were and it would take me a bit to get back into the story.

Curse of the Spider King

There is a lot going on, maybe too much. I'm hoping I'll enjoy the next one a bit more since it seems like they'll all be together for awhile. Mar 18, Fred Warren rated it liked it Shelves: fantasy. This review has been hidden because it contains spoilers. To view it, click here. Alien forces seem to be taking over their bodies, with bursts of super strength and speed, weird premonitions, and enhanced abilities in marksmanship and music. Then, there are the books. Each of the orphans is given a mysterious book that seems to warp the fabric of reality when they read it, plunging them into a three-dimensional retelling of the strange history inside.

Elsewhere, elsewhen, the kingdom of Berinfell is betrayed from within and overrun by the forces of the malevolent Spider King. A small remnant escapes to safety, but the only hope of regaining their lost home and driving away the enemy lies with the infant heirs of the slain Seven Lords. In Curse of the Spider King, Batson and Hopper have set the stage for an epic struggle of good versus evil that spans two worlds and multiple volumes.

Bottom Line: I liked this book. Batson and Hopper have created a compelling story with interesting characters and strong themes of faith, courage, and friendship. Though targeted at younger teens, I think it holds appeal for readers of all ages. N-QB3: This being the first story in a series, the authors have to spend some time getting the pieces onto the chessboard. In some ways, Curse of the Spider King reads like an extended prelude. We meet the heroes and villains and watch them make their way to Allyra, getting a fair bit of backstory along the way about who these people are, where they came from, and why we should care.


The feeling that nobody really understands us, that some malevolent force marooned us with these people, and that a higher destiny awaits us, somehow, sometime, resonates with teens and with adults who remember being teens. They keep their chins up and muddle through. The battle scene at the end where the young Lords begin to realize their latent power and accept their role in the war thrust upon them is a lot of fun, as is the transformation of their Elvish protectors from mild-mannered librarians and the like into formidable warriors.